TOMS AUNIŅŠ, Latvian actor, director, composer, and radio host. Worked as an actor across various theatres in Latvia. Participated in creation of several films: "Filma", "Finansists", "Māra", "Mož". Member of Latvian experimental music band "1/2 H 1/2 W". At ARENA closing ceremony will perform under the topic of "Funny Existentialism or the Self in the Era of Globalisation" playing some of the deepest and equally funniest examples of contemporary electronic music.
ORIOLE, one of the most widely known Latvian beat makers. Works with "Dirty Deal Theatre", founder of an electronic music publishing, has been nominated for Latvian Music Award as author of the best electronic music album three times year on year. Composed for the film "Mashroom picking". At the ARENA will do the experiments of mixing powerful, fast, angry, cosmic and dreamy music, using analogue apparatus.
PLATONS BURAVICKIS, composer of academic music, pianist and improviser. Big part of his compositions is electro-acoustic music. He is fond of creating virtual instruments and module algorithms. Recently arranged the NSRD album "Kuncendorfs un Osendovskis" for string instruments, as well as created his own version of the soundtrack for the film "Safety Last" (USA, 1923). Will play live Techno-Trance music at the Club Night of the ARENA. 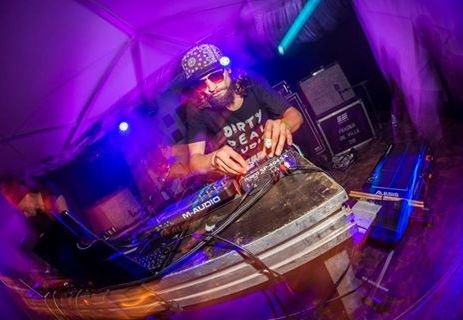