Program of the festival 2002

The Latvian audience (not unreasonably though) tends to regard itself to be sufficiently well aware of the ABC's of classical values to be able to digest the streams of the contemporary art world – so to say, the contemporary art pulse readily resonates on our cultural scene. True, it doesn't pulsate in all fields with equal verve and steadiness. Theatre in Latvia has its festival "Homo Novus", cinema identifies itself with the word "Arsenāls", art has its magazine "Studija", literature enjoys international relations – even if they require further improvement, but music – ? We celebrate, among others, opera music, piano stars, early music, sacred music, boys' choirs, while new music has always remained in an underpriviliged position. The niche is free, the gate is open. What to do next?

It is not that there is nothing happening at all in Latvia, of course: the activities of the Latvian Radio Choir, aimed at attracting composers and commissioning new works are generally well-known, the "Riga Chamber Players" have shown an increased interest about contemporary music since their foundation, the Riga Festival Orchestra courageously continues its work in this field, now and then a premiere of a flamboyant new composition makes a dramatic flash, but this process has been inconsistent, chaotic and unfocused. The birth of "Arena" aspires to impart more definite outlines to the activities of Latvian new music.And finally – there will be doubtlessly an exciting meeting with Joe Zawinul and his like-minded fellows at the Riga Festival Orchestra concert. "Arena" is eagerly awaiting its audience and is assured that there are many of them currently hiding in the quite a lot!

Posing this and similar questions to each other for several years in succession, a group of congenial minds (composer Pēteris Vasks, conductors Normunds Šnē, Kaspars Putniņš, Sigvards Kļava, musicologist Baiba Kurpniece, composer Andris Dzenītis, director of the Latvian Radio Choir Guntars Ķirsis) thought at length about a name for what it was to create, until it came to them. In spring 2002 the news about the New Music festival ARENA (22 October – 9 November 2002) appeared in Latvian music circles. In most other self-respecting countries such contemporary music parades are an integral part of music life encouraging international contacts, the exchange of ideas, acquisition of experience and the creation of new works, and in addition (which is of special importance!) in this way, each country's new music is given the opportunity to leap over the threshold of the immediate neighborhood and make a breakthrough into the wider world. In Lithuania and Estonia there are two such forums annually. Finally Latvia, too, has decided to bring its contribution to the global scene of new music !

The festival's major lines are as follows: first, promotion of new Latvian music; second, the involvement of performers of international standing; third, the invitation of a prominent composer – as a special guest of the festival. This year the invitee is the composer Arvo Pärt. A meeting with the Master is planned and the discussion will be shared with Pēteris Vasks. There will be an opportunity to hear one of the most daring and excellent contemporary music ensembles "Das Neue Ensemble". The festival will feature works by Arvo Pärt, Pēteris Vasks and Arturs Maskats, and will premiere Maijas Einfelde's choral composition. The master classes of new Baltic composers in Dundaga will result in a concert in the Academy of Music, and the first concert of electronic and electro-acoustic music in Latvia will take place in the Latvian Radio Studio I. 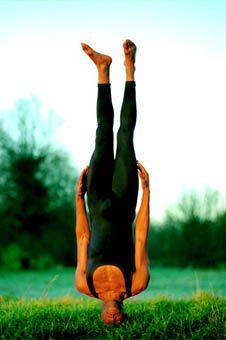